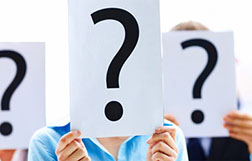 When I speak to someone who has been charged with Driving Under the Influence, I am often asked some variation of this question…

2. IS IT BETTER TO FIGHT MY DUI OR JUST PLEAD GUILTY?

OK. You drank, you drove and you got arrested. So what is there to discuss? Some people feel deflated after a DUI arrest and doubt whether anything can be done. This myth is perpetuated by their friends who are not lawyers, and tell them “nothing can be done.” However, nothing could be further from the truth. Often times, the defense to your DUI is not visible on the surface. It often takes a specially trained eye to spot the weaknesses in a case and to defend you from the extremely harsh consequences that flow from a DUI conviction.

3. CAN YOU LIVE WITH NOT HAVING ASSERTED YOUR RIGHTS?

One thing is certain, if you go in and plead guilty, you throw yourself at the mercy of the court and the prosecutor. The courts are set up to find people guilty of DUI and to had out extremely harsh penalties for DUI offenders. These penalties are cookie cutter meaning they are meant to be “standard” and unless you have an experienced lawyer who knows how to circumvent many of these harsh penalties, you will likely fall prey to the system. You need protection.

4. ON A DUI, THE PUBLIC DEFENDER IS NOT USUALLY A GREAT OPTION

I often hear from clients who call me after having been forced into a deal in court. The system is set up to coerce people into giving up their rights. Unfortunately, the public defender system can often be part of this coercive process. Its not that all Public Defenders “work for the other side” or don’t care about you, they just have too many cases.

The best and the brightest PD’s are handling murder cases and death penalty cases. Often, the ones handling DUI cases are the youngest and least experienced. They are usually recent law school graduates with very little experience and WAY too many cases. You will feel like a number, not a human being. You will sit in court all day each time you go to court. You will have very little access to your attorney. You will feel increasing pressure to plead guilty. Usually, the pressure gets too great and you will cave when the court starts threatening you with jail time.

Most people don’t realize what the actual costs of pleading will be. In most counties, it will directly cost you somewhere between 12 and 15 thousand dollars when all is said and done. This estimate includes fines, fees, penalty assessments, alcohol classes, car insurance increases, DMV fines and fees and the cost of installing and maintaining and Ignition Interlock Device into your vehicle.

This estimate doesn’t even take into account the cost of not having a suspended drivers license, time off of work, having a visible criminal record and possibly the loss of ones job. If you add in those factors, the costs of pleading guilty can be staggering. Often people feel like they “just want to get this over with.” That makes sense; it is human to feel that way. However, this decision should not be made unless you have been advised by competent counsel that it is the best course of action to take. A DUI conviction will negatively effect you for many years. If something can be done, you must do it.

6. I DON’T WANT TO PAY A LAWYER ON TOP OF ALL THE FEES IM LOOKING AT

Fighting DUI cases is pretty much all we do. We focus specifically on DUI litigation and take it very seriously. OFTEN we are able to avoid a DUI conviction completely and get either an outright dismissal of charges or a major reduction in the charges which results in a HUGE savings of money and keeping the client’s record free of a DUI conviction. We are often able to avoid many of the major costs of a DUI even if a conviction is imminent. We are able to save our clients money even if they are ultimately found guilty. So, our clients have the best of both worlds, they get the absolute best chance of avoiding a DUI conviction and the peace of mind knowing that even if a conviction occurs, they have still saved money.

The answer to this question should only be given by someone who is an experienced DUI litigator. Someone who has that special eye to be able to spot any potential defenses to your case. This will depend on many factors, here are some of them;

1.     Observed driving patterns by the officer,

2.     Observed physical symptoms by the officer,

6.     The condition of the testing equipment,

7.     The protocols which may or may not have been followed properly,

8.     Whether the officer had a valid reason to stop the car,

9.     Whether the officers involved have a history of lying or falsifying police reports,

10.  Who the judge and prosecutor are

11.  If you have a solid, credible and knowledgeable attorney defending you.

WHY CHOOSE OUR LAW FIRM?

We believe in the product we are selling. We are selling ourselves. We put everything into fighting your DUI. Our typical client is a doctor, a lawyer a businessman, is someone who has a professional license, and commercial drivers license. Our clients are people who CANNOT AFFORD TO GET A DUI CONVCITON. We realize this is the most stressful time of your life. We are tooled specifically to deal with any problem that can come up in the context of a DUI litigation. We understand DUI defense. We live it. Call us NOW at 424-888-4384 for a complete evaluation of your situation. This decision may make the difference between you dealing with this for the next 10 years or simply walking away.