The Criminal Court Process is a complicated process, foreign to those arrested for a 1st time DUI. Allow us to level the playing field for you. 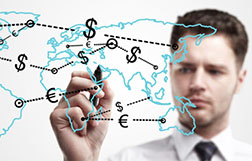 WHY DO I HAVE TWO SEPARATE NOTICES?

In California, two things are triggered by a DUI arrest; 1. An attempt by the California DMV to suspend your driver’s license (take your license away) and 2. An attempt by the county to convict you of a criminal charge. (put you in jail, on probation, do classes and charged you BIG fines and fees). These two processes are separate and distinct. You can win one and not the other, win both or lose both. A competent DUI defense must encompass BOTH of these processes and must be a coordinated effort to save your driving privilege and to keep a conviction from happening.

The topic discussed here is the criminal court side of the case. For detailed discussion of the DMV side, click HERE.

WHAT HAPPENS IN COURT?

THE FIRST COURT DATE: THE ARRAIGNMENT

Typically upon release from jail, you are given a citation, which looks like a traffic ticket. It tells you when and where you are supposed to appear in court. This court date is called the arraignment. It is the time when you are formally charged in court and you enter a plea, either guilty, no contest or not guilty. This hearing is often very quick, but should be the culmination of many months of work on your case.

PLEADING GUILTY OR NO CONTEST

Often times, when you go to court, there is an “offer” by the prosecutor to settle the case. That means that you give up your rights to fight the case further and agree to certain terms (jail time, probation, fines, classes etc.) On a DUI case, the prosecutor will often offer “the standard” terms and conditions to a DUI. These “standard” offers are usually terribly inflated and designed for the inexperienced attorney or the public defender to just accept. This is what happens to most people who decide they “aren’t going to fight their case.” They go in and take an extremely inflated set of consequences.

This often means that you and your lawyer feel that you can do better than the deal that is on the table. Pleading not guilty does not automatically mean that you are taking your case to trial. A large majority of the time, an experienced lawyer will set a case Not Guilty and begin a long process of litigating the case in an attempt to weaken the case in the mind of the prosecutor and get a lower deal. Sometimes this means lesser consequences, lower charges or even an outright dismissal of the case.

WAIVING TIME ON THE ARRAIGNMENT

There can sometimes be tactical reasons to ‘TWAP’ the case. TWAP stands for “Time Waiver on Arraignment and Plea.” This means that the case remains not arraigned for a usually brief period of time. This can be done if the defense is looking for more discovery early on, or if we feel we can get a better deal from the prosecutors who staff the arraignment court rather that the court the case will be sent to post arraignment.

THE NEXT COURT DATES: PRETRIAL HEARINGS

The next set of court dates are called “pretrial hearings.” This is a general term for any hearing that happens post-arraignment and prior to an actual jury trial. A large bulk of the litigative action happens during these hearings. It is during the pretrial hearings that most pretrial motions are filed, including motions for additional discovery, motions to suppress the stop as an illegal search or seizure, motions to look at the officers background to see if they have a history of lying or falsifying police reports, motions to suppress pieces of evidence including the testing equipment used, and many others if necessary. Our goal during this phase is to convince the prosecutor that their risk of loss is great and that you are deserving of either a dismissal or something much less than a DUI.

A disposition is also known as a “plea bargain” or an agreement to settle the case. A disposition or “dispo” can happen any time during the process. Often there is an offer to settle the case early in the process, but this offer is much higher that we are typically interested in settling the case for. An offer can change as the process goes on, sometimes going up and often times dropping drastically if you have solid representation. We are always looking for a disposition that is NOT a DUI. Typically, our main goal is to keep you on the road, and avoid a DUI conviction. We are looking for an alternative sentence to something that looks more like a traffic ticket than a DUI. For a list of alternative charges, CLICK HERE.

In a DUI, a jury trial is usually a last resort. Jurors typically aren’t very fond of DUI defendants. Often, the best solution is to show the prosecutor why you deserve something less that a DUI and get you out of this thing without the cost or the risk associated with trial. We are usually able to settle cases to our client’s satisfaction. If this is not possible however, we will take your case to trial. We have a long history of success built over many years of success in front of juries. For a list of some recent case results, CLICK HERE

During this stressful time, it is imperative that you speak to an attorney who is well versed in the art of DUI litigation. Call us NOW at 424-888-4384. We will give you a free evaluation of your legal situation and come up with a solution to get things back on track.